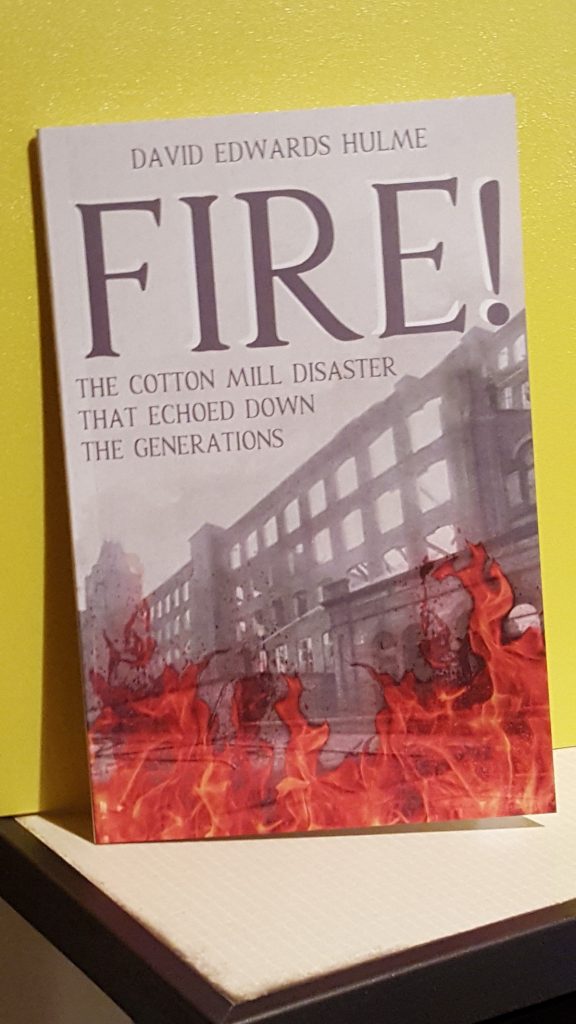 FIRE: The cotton mill disaster that echoed down the generations(published by Troubador.)

I came across my maternal great grandfather’s relatively early death in a cotton mill fire while doing extensive family research in my quest to identify my American soldier father.

My great grandfather, Isaac Peet, was one of ten men who died in the aftermath of the fire at the No. 1 Vernon cotton mill in the Portwood area of Stockport, UK, in 1902. He was just 42 years old and left his wife, Eliza, and seven children behind.

His youngest child was my grandfather, Jim, who was just approaching his fourth birthday when the tragedy occurred. The loss of his father in such terrible circumstances was disastrous for my grandfather – and for the whole family. As if the grief they felt wasn’t terrible enough, its effects echoed down the generations – hence the book’s subtitle.

It meant that my grandfather grew up in a tough and poverty-stricken area of Stockport without a father figure to guide him, and I believe this badly affected his development and personality. So when he came to have his own family, it was what we could call today dysfunctional.

The family story is that my mother didn’t realise she was pregnant the first time and gave birth on her bed in the cramped terraced house where they lived. My grandmother fainted when she saw what had happened. 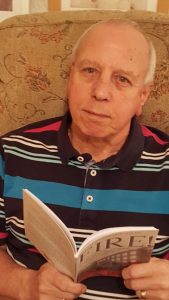 Britain was in the grip of a world war, with rationing and deprivation at home providing a grim background to my family’s struggle to come to terms with my mother’s unplanned pregnancies. Given the prevailing attitudes, it brought shame on the family. My mother hoodwinked her way into marriage as cover for her pregnancy– with an innocent sailor called Walter Hulme being her target. When his parents discovered their son couldn’t be my father – he was away at sea when my mother became pregnant – they pressured him into walking out of the marriage. This led to a lonely and insecure upbringing, and for a short period before the age of three I was put into care. Like my grandfather, I too, never had a father to help raise me.

The fire that killed my great grandfather is a forgotten scandal, a result of complacency, cost-cutting and a complete lack of safety.

It is a stark and terrible fact that we are no better today at saving people from dying in fires, as the Grenfell tragedy in London so tragically demonstrates. Like me, it will be future generations who may inherit the suffering it caused without necessarily knowing how and why their childhoods were so bad.

I am selling my book directly if you are interested.  You will find more details in my News Updates section.